Every morning at 5 a.m., the 17-member content team for Amply Media gathers in a hub affectionately called “the bullpen” to start their day. It is here where the team scours social media to see what’s trending, scans the Associated Press news wire and reviews leading keywords in Internet searches to see what the general public is, or will be, talking about.

Once they’ve figured out the hot topics and trends, the reporters one by one grab a story and write a bite-sized 300-500-word article about it. This continues throughout the day until the content team writes around 80 stories to feed its network of web sites and huge subscriber base.

“It’s fascinating to see the bullpen kick into gear and put their finger on the pulse of the internet to see what everyone is thinking about in a day, and then get out in front of it,” said Amply Media CEO, Ryan Schaar. “We are a very scientific, data driven operation. We are all about the numbers and using what our data is telling us to determine what information people are looking for.” 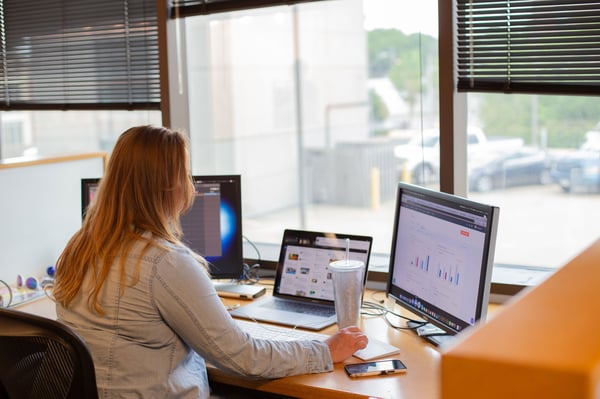 Amply Media is establishing a new template for how a media company operates in today’s technology age. Best described as a combination of a modern-day newspaper and digital publishing network, Amply Media is an innovator in developing on-demand content notification solutions for a society that is looking for individually tailored media updates across multiple devices and platforms. In simpler terms, delivering the content its subscribers want, when they want it and on the device on which they choose to read it.

In 2016, Schaar was working on a product for Amply Media’s parent company when he discovered a new technology where web sites can have its users subscribe to have a push notification about the content they want sent to the device of their choice. Schaar and a small team experimented with this technology to test how the market would react. The response was overwhelmingly positive and Amply Media was launched.

Armed with this technology and an ability to leverage that big data to make decisions about the content it produces, Amply Media now boasts a network of more than 60 web sites around many areas of interest as broad as sports and entertainment to niche topics such as astrology. The whole network is over 135 million subscribers.

“We look at our network of web sites like a TV network that has to create content around a lot of areas of interest and subject matters,” said Chief Creative Officer Lance Hemenway. “We’re creating 1,000 pieces of content a month and its growing. And we’re not regurgitating anyone’s content. It’s all ours and 100 percent original. We pay for good writing and good articles. If I could double my content team tomorrow, it wouldn’t be overkill in the slightest. I could use every one of those people.”

This growth shows no signs of slowing down with Amply Media launching a new site on average every week or two while adding about a million new subscribers each week. The growth is sustained by a loyal commitment to the company culture where experimentation and testing is strongly cemented as a centerpiece of its business model. Employees are encouraged to pitch ideas, which are then run through the system to test its market viability. This approach has not only fueled the mind-boggling growth at Amply Media, but earned it multiple awards as a great place to work.

“As CEO, one thing I try to do is empower every employee to come up with an idea and test it based on the data that comes back from it,” Schaar said.

“We try to come up with ideas in the morning and then see results from those tests by lunch time. That company culture and having smart people who want to come in every day has made us successful.”

This rapid growth in its content production and subscriber base has led to an equally rapid growth for the company’s bottom line. After launching with three people, Amply Media now employs a team of 70 at its Kansas City headquarters. Revenue has climbed just as quickly from $2 million in its first year to a pace of $70 million for 2019.

“We have a list of what it takes to be eligible for the annual Inc. 500 list of the fastest growing companies in America and one of the prerequisites was to be three years old,” Hemenway said. “We fell two months short, but when we looked at their latest list, we put our numbers up against theirs and we would’ve been the third fastest growing company in the country.” 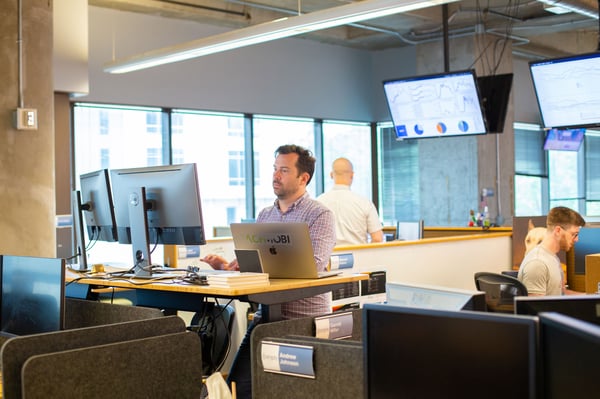 Hemenway worked for the parent company of MySpace during the original dot.com boom in the early 2000s and he likened the acceleration of growth at Amply Media to that experience. While the portion of California that fueled that initial tech boom was dubbed Silicon Valley, the non-traditional location of this thriving start up in Kansas City led to giving the region the nickname of Silicon Prairie.

“We like to try to keep a culture and mindset of a fast-paced innovative startup company which is what a lot of Silicon Valley is,” Schaar said. “We like to move quickly and the industry is always changing so if we don’t find ways to innovate, we will be left behind. We use a lot of the mindsets from Silicon Valley and use them here in our business.”

Despite the white-hot run for Amply Media, many growth opportunities still lie ahead. All of its current web properties and subscribers are from the U.S., so expanding this model internationally is on the front burner. Testing is already underway in select markets to create web sites in a local language. Experimentation with consuming content on apps instead of on the web is also underway. Podcasts are another major area of interest along with video.

Amply Media is one of Kansas City’s rising success stories and yet the burgeoning brand remains mostly unknown.

“Most people in Kansas City probably don’t know about us but they have probably been to one of our web sites,” Schaar said. “We’re still mostly off the radar.”